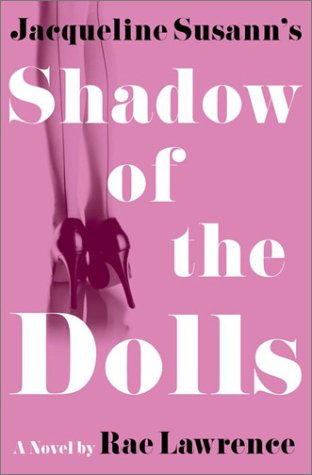 JACQUELINE SUSANN'S SHADOW OF THE DOLLS

This tedious, tame sequel to arrives 35 years after the original publishing phenomenon. Claiming to be based on a first draft by Susann (1921–1974), it certainly is aptly titled, as it languishes deep in the shadow of the original. Susann capitalized on readers' hunger for gossip by giving her fictional characters aspects of real-life celebrities, creating a thrilling guess-who puzzler featuring composites of Judy Garland, Ethel Merman and Dean Martin. Neither guessing games nor drug use (the other thrill of the original) play much of a role in Lawrence's novel. There's no sex either—not just by Susann standards, but even compared to a Regency romance. Seven times characters venture near a bed only to have the action abruptly skip over the deed with "Afterwards..." ("...he lit a cigarette"/ "...they turned the television back on"/ "...he brought her a fresh glass of water"). Fans of the rough and tumble, blunt but addictive prose and plotting of Susann's original will find this rambling series of episodes (there's not enough drive to pull them into anything resembling a plot) lacking. Neely, Anne and Lyon are all back (burdened with dull teenage kids), but the pseudonymous Lawrence has no idea what to do with them. Most of the notable events take place between chapters (Neely wins an Oscar for playing arch-rival Helen Lawson in a big-screen biopic, Anne and Lyon divorce, Neely aborts Lyon's child). Susann's original (reissued by Grove in 1997) still packs a wallop; the sequel is a pulled punch.

Valley of the Dolls Satisfaction Isn't She Great Scandalous Me