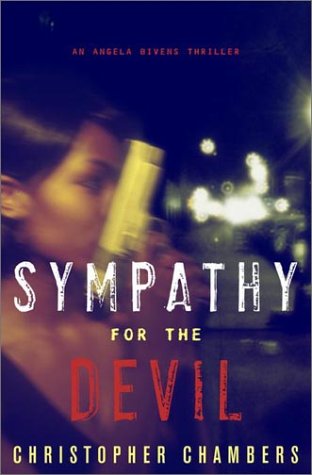 SYMPATHY FOR THE DEVIL: An Angela Bivens Thriller

Former Department of Justice attorney Chambers makes good use of his insider's knowledge of Washington in this promising debut novel, but an over-ambitious effort to cover a wide range of political, social and racial issues slows the narrative flow. On her first day assigned to the Washington field office, FBI Special Agent Angela Bivens, an attractive, tenacious African-American lawyer, receives the files for two unsolved homicide cases. The victims in the first were two female cheerleaders, promising students at East Anacostia High; in the second, seven drug dealers at the seedy Savoy Apartments. That evening the body of the only survivor of the Savoy murders surfaces in Rock Creek Park. Carved on the victim's ankle is a strange symbol, later identified as the Mayan glyph for the planet Venus, known as Morning Star. Some very powerful people are more than usually concerned. As she eases into her new assignment, Angela gets to know the "perfect" P. Thomas "Trey" Williams III, a prominent attorney with an identical twin brother and some mysterious family secrets. It's a relationship that soon proves highly dangerous to Angela as well as her family. Chambers has created an admirable heroine, a fighter for justice for the disadvantaged in an often hostile political environment, but she still needs to grow into her role and find herself. Hopefully, Angela will mature as a character in future books, as the author, who's at work on the sequel, gains experience in polishing his craft.