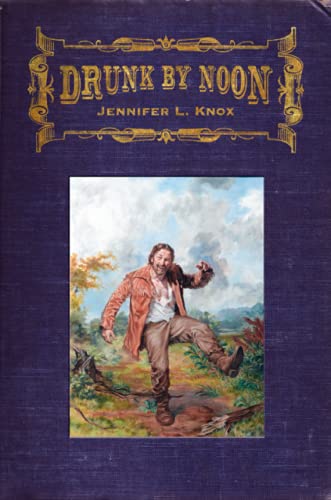 This second book from Knox, a young New York poet, continues the playful romp through the warped Americana she began in her debut, . Here, Knox gives voice to wayward teens, drug-addled sages and fat dogs fantasizing about killing babies—among other unsavory characters—through dramatic monologues and quick narrative sketches. There are many rats, guns, genitals, fried foods and drugs, too, along the way, and Knox catalogues them all in a breezy voice suited to barrooms and club stages, echoing standup comedy and performance art. Even a rigorous pantoum called “59 Tenets About Meat” sounds casual (“I am totally freaking out”). Reminiscent at times of a comic book Bukowski—“Apparently, all those margaritas and cocaine / have saddled me with a profound bout of diarrhea”—a pervasive, sentimental fascination with the down-and-out lurks behind Knox's layers of irony and comic distance. Elsewhere, she self-consciously toys with her own image in poems like “Ideal Reader for Jennifer L. Knox.” She's at her best and most entertaining in bursts of everyday surrealism—like the poem “Pastoral with Internet Porn,” which bristles with energy and imagination. This is poetry few would be intimidated by, though it could entertain many.