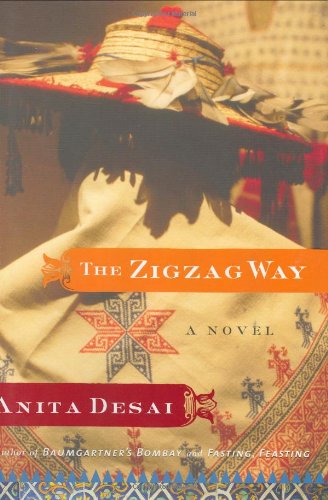 Like the recent film , Desai's new novel tells of an American adrift in a foreign culture that remains frustratingly inscrutable. Eric is a New England–born graduate student in history at Harvard who follows his scientist girlfriend, Em, on a research trip to Mexico. Once she sets off with her colleagues to conduct field observations, he is left alone and overwhelmed by his own lack of purpose. Remembering that his Cornish grandfather, about whom he knows next to nothing, had worked as a miner in the Sierra Madre in the early part of the 20th century, he determines he will use the trip to find out more about his family's past. Along the way he meets an eccentric, powerful European woman, Doña Vera, who has become a champion of indigenous culture but whose own past is mysterious. The stories of Eric, his grandparents and Doña Vera are interwoven into a short, contemplative narrative. Eric is a passive narrator, clambering his way through the beautiful but beguiling scenery, which is described in florid, dense prose reflecting his sensory overload, in a story that never really gains momentum. While Desai has uncovered a compelling chapter in Mexican history, the novel is a meandering, disappointing journey.