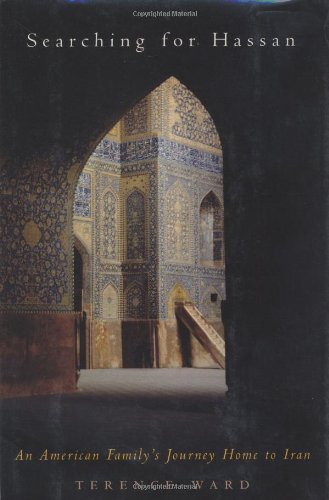 SEARCHING FOR HASSAN: An American Family's Journey Home to Iran

A U.S. State Department warning is usually enough to deter most Americans from traveling to countries in turmoil. But when the mission of the trip was to find a long-lost Iranian named Hassan, not even the inability to obtain visas in the U.S. could stop the Ward family. In 1998, Ward, his parents and three brothers returned to Iran to track down Hassan, a warm, thick-mustached chef and dispenser of folk wisdom who had looked after their family when they lived in Tehran during the 1960s. Ward skillfully draws readers into his family's state of heightened anticipation, especially since their only tip was the vaguely remembered name of Hassan's hometown. "Toodesht," Ward's mother remembered. "Well, just a minute.... Maybe it was... Tadoosht. Or... Qashtood." Aided by a 30-year-old photograph, the Wards traveled to Tudeshk and eventually found Hassan's mother-in-law, and later, Hassan's wife, Fatimeh, who is so taken aback that she dropped the receiver. Using the trip as his main narrative thread, Ward weaves Iranian history, culture, politics and religion in and around it. The writing stiffens and the pace slows only when Ward reaches back to describe his childhood in Tehran. Ultimately, Ward, a Colorado-based management consultant, succeeds in his loving portrait of a constantly changing, complex land.