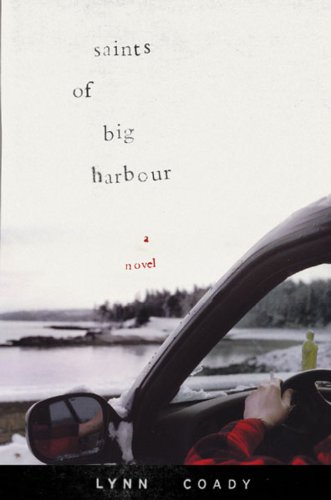 Canadian novelist Coady makes her American debut with this touching and funny story of a teenage boy who becomes the victim of the rumor mill in his small rural Nova Scotia community in the early 1980s. Guy Boucher lives with his overworked mother, his reclusive goth sister and his loud, opinionated, boorishly conservative and usually drunk Uncle Isadore. The likable Guy is socially awkward but perceptive and intelligent, with a sharp wit that usually deserts him when he opens his mouth. Guy becomes enamoured of pretty, popular Corinne Fortune, a pampered girl from nearby Big Harbour who rejects him. Caught in a web of lies she's already spun about an imaginary boyfriend, and motivated by a teenager's taste for melodrama, Corinne tells a friend that Guy has treated her brutally. In the way of small communities, her untruths pass from mouth to mouth, gaining momentum until the whole town is worked up in a collective rage over the unwitting Guy, who can't understand why he's getting so many dirty looks. The novel is told from the alternating viewpoints of Guy, Corinne and other supporting characters, including Corinne's serious, sensible best friend, Pam; Corinne's precocious and neurotic older brother, Howard; and Guy's former English teacher, Alison, an American draft dodger and drinking buddy of Isadore's who habitually hangs out (or passes out) at Guy's house and becomes his unlikely mentor. Coady's voice is assured, and she has a sensitive ear for dysfunctional family dynamics and teenage posturing. Though the characters are not equally well developed—one wishes that Corinne in particular was more nuanced—this is an affecting coming-of-age story and a darkly comic picture of an insular, down-at-the-heels and alcohol-soddened community.