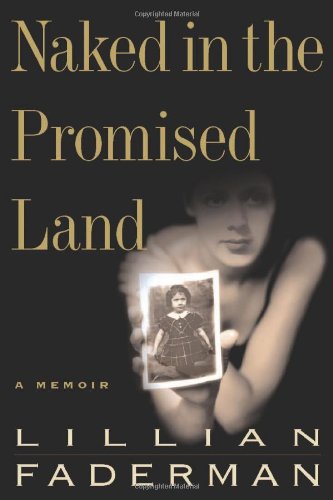 NAKED IN THE PROMISED LAND: A Memoir

While Faderman () is well known as the foremother of gay and lesbian studies, few would suspect she was the illegitimate child of a guilt-obsessed single mother, that she tried to please her mom by becoming a movie star or that she worked her way through college as a pin-up girl. Faderman's mother and aunt left Latvia in 1923 to work in New York and send back money to their family. They did, but neither could save their loved ones from Hitler's Holocaust, which tormented Faderman's mother endlessly. Mother and daughter moved to Los Angeles, where they supported each other's fragile mental health with a single dream: Lillian could become a movie star. She took acting classes, suffered various crushes and even endured advances by her mother's suitors, all in a blind stumble to find herself, or at least to escape the burden of her mother's unhappiness. While a guidance counselor steered Lillian back to school, she still had to fumble her own way to a sexual identity. Pre-liberation, this meant cop hassles, job paranoia and fake marriages to gay men, as well as the usual broken hearts. Still, by the end, Faderman became a bigwig at Cal State, with a baby and a lover and a gay studies program. Exceedingly honest, endearing and profound, Faderman truly shows readers the distance she's traveled, from "little " to esteemed academic.