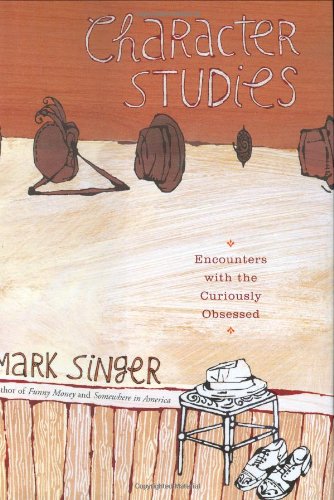 Many, if not all, of the profiles in Singer's latest work (after ) are already lodged firmly in the memories of readers, and not just because so many of his subjects—Donald Trump, Ricky Jay, Martin Scorsese—are so remarkable. In fact, it's often in the stories about lesser-known personalities, from a Japanese-American farming family that supplies California's hottest restaurants with their vegetables, to a convention of Tom Mix fans in Las Vegas, that Singer's talents, including his ability to seem at once sympathetic to and skeptical of his subjects, are most visible. While a remembrance of his colleague Joseph Mitchell, who famously spent his last three decades at the magazine without completing a new article, highlights Singer's more personal, introspective side, in most of these stories he's a semidetached observer: you never forget he's there, but your attention is never diverted from the main attraction. In an introduction, Singer describes his reporting as "sublimated voyeurism" and "cultural anthropology." The dual descriptions perfectly encapsulate his entertaining yet informative journalism, and the work itself places him at the head of the 's current team of staff writers.