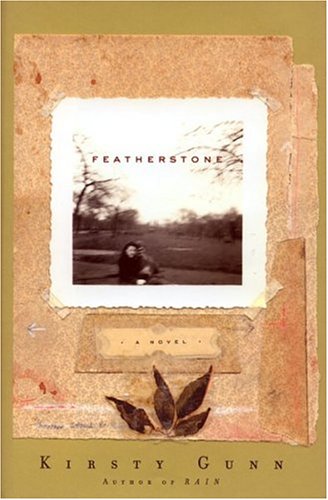 Memories of a girl long fled haunt the inhabitants of a small town in this gloomy and amorphous third novel by the author of . Glorious Francie turned her back on Featherstone years ago, but her uncle, Sonny Johanssen, and Ray Weldon, the heartbroken young man she left behind, have never forgotten her. Working in the garden on a Friday, Sonny (known for being "a bit strange") believes he sees Francie standing over him. Rumor spreads quickly over the course of the weekend, sparking murky, disturbing reflections in Ray. The only outlet for the town's emotions is the bar at the Railton Hotel, which is presided over by Margaret, a vampish, narcissistic woman who thinks herself "always as someone on her own, different from the rest." Her strange obsession with beautiful Mary Susan, the daughter of the bar's cook and an aspiring teenage model, foreshadows another character's darker preoccupation with the girl and a final violent attack. Gunn expends more energy on her drifting, oblique, fitfully lyrical prose than on her characters, who seem to be pushing their way through a narrative fog. Featherstone itself is located in a vague hybrid of New Zealand (where Gunn was born) and Scotland (where she lives now). The evocation of self-love is convincing, but the stagnation of the plot, the portentous subject matter and the overstylized language swallow up the story's small felicities. Gunn garnered much praise for and a story collection, , but she loses her way in her latest effort.