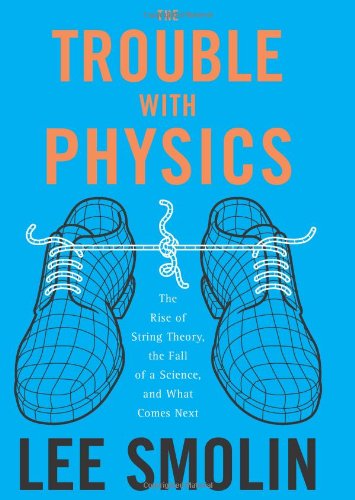 The Trouble with Physics: The Rise of String Theory, the Fall of a Science, and What Comes Next

String theory—the hot topic in physics for the past 20 years—is a dead-end, says Smolin, one of the founders of Canada's Perimeter Institute of Theoretical Physics and himself a lapsed string theorist. In fact, he (and others) argue convincingly, string theory isn't even a fully formed theory—it's just a "conjecture." As Smolin reminds his readers, string theorists haven't been able to prove any of their exotic ideas, and he says there isn't much chance that they will in the foreseeable future. The discovery of "dark energy," which seems to be pushing the universe apart faster and faster, isn't explained by string theory and is proving troublesome for that theory's advocates. Smolin ( ) believes that physicists are making the mistake of searching for a theory that is "beautiful" and "elegant" instead of one that's actually backed up by experiments. He encourages physicists to investigate new alternatives and highlights several young physicists whose work he finds promising. This isn't easy reading, but it will appeal to dedicated science buffs interested in where physics may be headed in the next decade. 30 b&w illus.