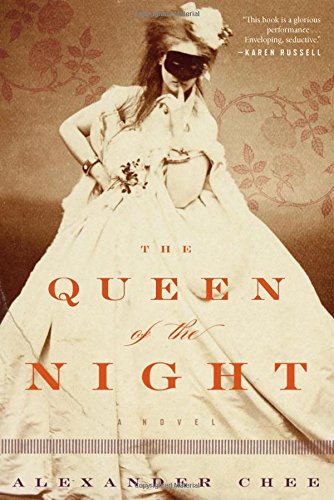 The Queen of the Night

Chee’s lush and sweeping second novel uses a strikingly different setting from Edinburgh, his accomplished debut, but shares its musical themes and boldness. In 1882 Paris, the soprano known as Lilliet Berne is a celebrated opera star with an unforgettable but vulnerable voice. When a stranger offers her the chance to originate a new opera’s leading role, she discovers that the work retells her scandalous hidden history. As she attempts to discover which of four individuals from her past revealed her secrets, she recalls the circus troupe in which she first performed, her days as a servant to France’s Empress Eugénie, and her time as a prostitute. Chee memorably depicts the shifting fortunes of France and historical figures including Napoleon III—whose wife, Eugénie, and her rival, the Countess di Castiglione, play pivotal roles in Lilliet’s story—and George Sand. But opera as much as history shapes the novel, with nods to The Magic Flute among other works. Though the momentum flags in the book’s lengthy central sections, Chee’s voice, at once dreamy and dramatic, never falters; Lilliet’s cycle of reinventions is a moving meditation on the transformative power of fate, art, time, and sheer survival. [em]Agent: Jin Auh, Wylie Agency. (Feb.) [/em]
close
Details