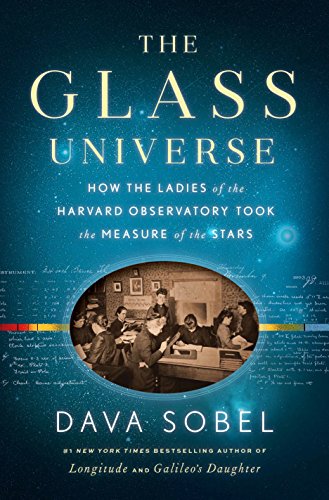 The Glass Universe: How the Ladies of the Harvard Observatory Took the Measure of the Stars

Acclaimed science writer Sobel (A More Perfect Heaven) casts much-needed light on the brilliant and determined women behind two historic revolutions in astronomy: one scientific, one professional. In the mid-18th century, astronomers employed human “computers” to scan glass photographic plates and perform calculations. Only the Harvard College Observatory, directed by professor Edward Pickering, hired both men and women as computers. The women there—including Williamina Fleming, Antonia Maury, Henrietta Leavitt, Annie Jump Cannon, and Cecilia Payne—earned far less than their male counterparts but were eager for the work. As Sobel explains, it was the only way they could do science. Their research led to both the creation of a catalogue of stars still in use today and groundbreaking discoveries in stellar composition, motion, evolution, and a reliable way to calculate interstellar distances. Sobel knows how to tell an engaging story, and this one flows smoothly, with just enough explication of the science. She also reveals the long hours the women worked and their constant search for funding as well as their triumphs of discovery and the eventual acknowledgment of their achievements by their peers and public. With grace, clarity, and a flair for characterization, Sobel places these early women astronomers in the wider historical context of their field for the very first time. Agent: Michael Carlisle, InkWell. (Dec.)
close
Details