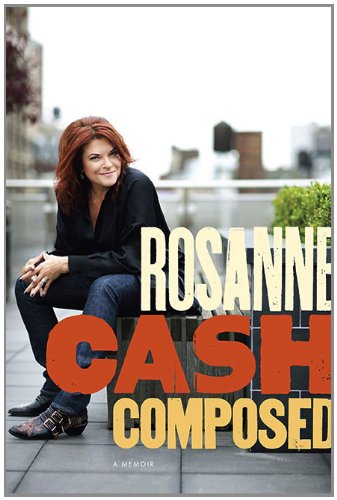 This work is a rare treat, as Cash, firstborn to country music legend Johnny Cash, is not only a hereditary celebrity musician, having made scores of albums and #1 singles, but a terrific writer in her own right. Indeed, her memoir is an intensely reflective, carefully hewn chronicle of her coming-into-her-own as a writer. Born in 1955 to Johnny Cash's littleknown first wife, Vivian, just at the breakthrough of her father's music career with the hit "Cry, Cry, Cry," Cash describes herself as a "pudgy, withdrawn girl" already aware that she was "a counterfeit with a strange, hidden life." That included an anxious mother, three younger sisters, and a father who was frequently absent and erratic, due to his abuse at the time of amphetamines and barbiturates. From growing up in Southern California to visits to her father's house in Hendersonville, Tenn., Cash idolized her father and rarely questioned his authority, such as sending her off to work at CBS Records in London at age 20. At Vanderbilt University, she studied with Walter Sullivan; toyed with Method acting in L.A.; then recorded four demos in Munich, Germany, for Ariola Records, away from the scrutiny of comparison with her father. Cash depicts pensively her early delight in analogue recording and honing her writing craft. Despite an inordinate preponderance of funeral eulogies and some odd structuring toward the end, Cash's memoir sheds clear light on her talent and drive. (Aug.)
close
Details