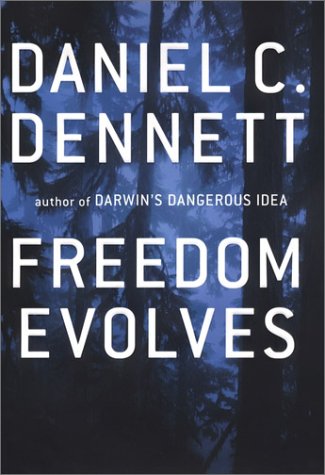 "Trading in a supernatural soul for a natural soul—is this a fair bargain?" Dennett, seeking to fend off "caricatures of Darwinian thinking" that plague his philosophical camp, argues in this incendiary, brilliant, even dangerous book that it is. Picking up where he left off in ( a Pulitzer and National Book Award finalist), he zeroes in on free will, a sticking point to the opposing camp. Dennett calls his perspective "naturalism," a synthesis of philosophy and the natural sciences; his critics have called it determinism, reductionism, bioprophecy, Lamarckianism. Drawing on evolutionary biology, neuroscience, economic game theory, philosophy and Richard Dawkins's meme, the author argues that there is indeed such a thing as free will, but it "is not a preexisting feature of our existence, like the law of gravity." Dennett seeks to counter scientific caricature with precision, empiricism and philosophical outcomes derived from rigorous logic. This book comprises a kind of toolbox of intellectual exercises favoring cultural evolution, the idea that culture, morality and freedom are as much a result of evolution by natural selection as our physical and genetic attributes. Yet genetic determinism, he argues, does not imply inevitability, as his critics may claim, nor does it cancel out the soul. Rather, he says, it bolsters the ideals of morality and choice, and illustrates why those ideals must be nurtured and guarded. Dennett clearly relishes pushing other scientists' buttons. Though natural selection itself is still a subject of controversy, the author, director of the Center for Cognitive Studies at Tufts, most certainly is in the vanguard of the philosophy of science.