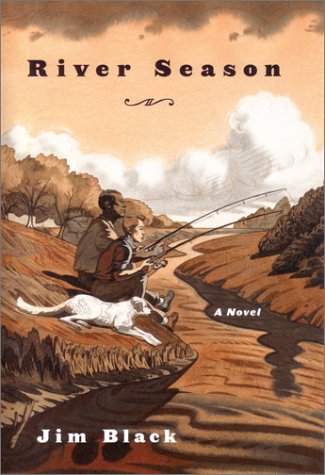 Growing up in a small town in Texas in 1966, Jim Black, the protagonist of this autobiographical debut novel, is an ordinary teenager spending his summer doing ordinary things. He plays baseball and practical jokes, hangs out with friends and gawks at girls. One day, as he is fishing, Jim meets Sam, an elderly black man, with his faithful companion, Tick the Dog. Sam quickly becomes a surrogate father for the boy, whose own father has died. The two spend the summer in intimate conversations about topics ranging from Sam's career in the Negro Leagues to falling in love or losing a loved one. Sam introduces Jim to his wife, Rosa: "She's to me, son," he says, a statement that the reader realizes will be prophetic. He also teaches Jim about tolerance by demystifying a menacing figure the boys call the Walking Man. Narrated by a grown-up Jim, the slim novel manages to capture, at its best, both the insight gained with time and the innocence of youth. The slow, simmering prose serves the story well, and is full of rich, earthy metaphors; "If that summer were a shirt I could wear," Jim says as he stands on the river bank, "that muddy water would be the fabric from which it was made." At times naïve, at others somewhat contrived, this slow-paced Southern tale nevertheless usually strikes a balance between sweetness and sobriety. .