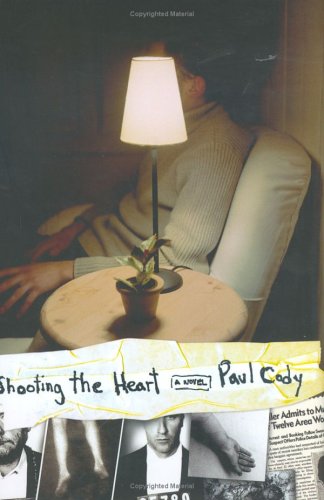 Paul Cody's dark and disjointed third novel tells the story of a man so obsessed with serial killers that he may have crossed the line and become a killer himself. Earl Madden, a teacher at a private high school, is fixated on a number of gruesome murderers (John Wayne Gacy, the Boston Strangler, among others), to the extent that his interest finally lands him in a mental institution. Once he is there, doctors try to figure out whether or not Earl killed his missing wife, Joan, a fellow teacher. The novel tells Madden's story in vignettes and flashbacks, alternating with the histories of notorious murderers. The narrator's passion for serial killers is never adequately explained; even he doesn't know why he's fascinated by them (halfway through the novel he finally asks himself, "What is it that draws me so to these people?"; unfortunately, there's no clear answer). The scenes in the mental institution sound lifted from ("She could have security here in five minutes, big fat bastards with sticks and radios, and there are shots, injections of one thing and another"), while ambitious attempts at insight into the criminal mind fall flat (about Gacy, Cody writes: "He was God almost. Master of Death, King of Life, Servant to None. And they encamped against it and fought against it. In the Bible. But he was unto him. A Master. None but unto Him. John. So long, John"). Evil comes to seem merely tedious in this numbing portrait of madness and (maybe) murder.