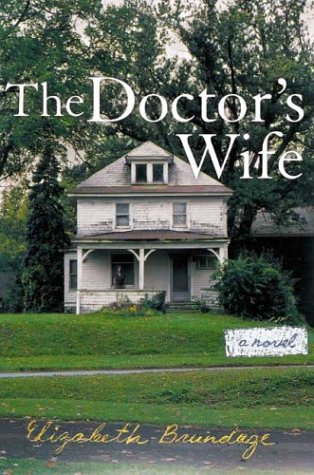 Set against the backdrop of the battle for abortion rights, this timely but stilted debut thriller features a perfect yuppie couple. Michael Knowles is a successful OB-GYN and his wife, Annie, is a popular journalism professor; they have two precious kids and a big, airy home in upstate New York. But once Michael accepts a position at the only abortion clinic in town, the already heavy strain that his doctor's schedule puts on their marriage sends Annie into the arms of a colleague, notorious painter Simon Haas. Meanwhile, Michael receives increasingly hostile threats from creepy antiabortion activists, suggesting that one, or both, of the Knowles are targets of a vicious terror campaign. The painter's childlike young wife, Lydia, as a menacing, tormented Bible-thumper scarred by a harsh, loveless upbringing, is the enigma that fuels Brundage's examination of what happens when we are drawn to the very things that promise to destroy us. But the lessons here are heavy-handed and the characterizations mechanical. The bad guys wear mirrored sunglasses as they force Michael off the road; the good guys wear jackets emblazoned with angel's wings; and the dialogue is delivered in short sound bites scripted for a TV cliffhanger. The Knowles' storybook marriage takes a number of dark, twisted turns, but the lack of character nuance and depth blunt Brundage's stab at psychological suspense.