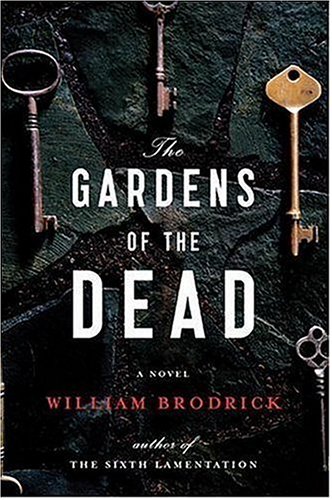 The Gardens of the Dead

Sharply etched characters who owe a lot to the darker side of Dickens lift Brodrick's sequel to his well-received debut, (2003), which introduced Father Anselm, an English lawyer turned monk. Unfortunately, many of the descriptive scenes—a homeless man endlessly sharing toast and hot chocolate with a shrewd London female barrister for whom he acts as an informant, for example—start off with poignant power, but eventually become just padding. At the time of her death by heart attack, this highly principled woman, Elizabeth Glendinning, was trying to correct a miscarriage of justice that she and Father Anselm had been involved in when he was still a lawyer. A convicted sex criminal was set free who had always proclaimed his innocence and blamed the crimes on his employer, known only as "The Pieman," whose identity has never been revealed to readers—until now. Brodrick has all the right moves, but fewer slices of toast would have made for a tighter plot.