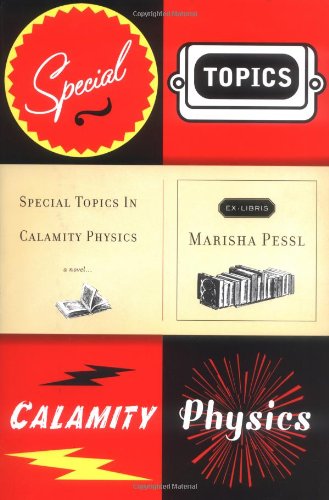 Pessl's stunning debut is an elaborate construction modeled after the syllabus of a college literature course—36 chapters are named after everything from to to —that culminates with a final exam. It comes as no surprise, then, that teen narrator Blue Van Meer, the daughter of an itinerant academic, has an impressive vocabulary and a knack for esoteric citation that makes Salinger's Seymour Glass look like a dunce. Following the mysterious death of her butterfly-obsessed mother, Blue and her father, Gareth, embark, in another nod to Nabokov, on a tour of picturesque college towns, never staying anyplace longer than a semester. This doesn't bode well for Blue's social life, but when the Van Meers settle in Stockton, N.C., for the entirety of Blue's senior year, she befriends—sort of—a group of eccentric geniuses (referred to by their classmates as the Bluebloods) and their ringleader, film studies teacher Hannah Schneider. As Blue becomes enmeshed with Hannah and the Bluebloods, the novel becomes a murder mystery so intricately plotted that, after absorbing the late-chapter revelations, readers will be tempted to start again at the beginning in order to watch the tiny clues fall into place. Like its intriguing main characters, this novel is many things at once—it's a campy, knowing take on the themes that made and such massive bestsellers, a wry sendup of most of the Western canon and, most importantly, a sincere and uniquely twisted look at love, coming of age and identity.