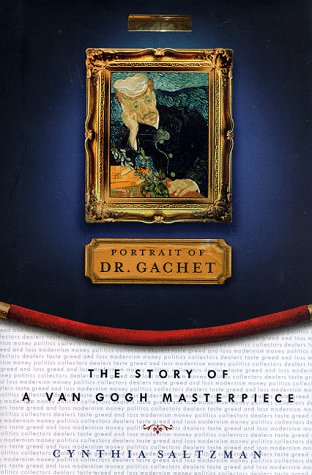 Saltzman's meticulously researched narrative shows how historical forces and turning points in individual lives have determined the fate of a celebrated painting. The story begins in Auvers-sur-Oise, France, where a disturbed Vincent van Gogh churned out his last work before his suicide in 1890. Physician Paul-Ferdinand Gachet, a melancholic amateur painter, did little to alleviate van Gogh's suffering, but he posed for the portrait that captured, in van Gogh's own words, ""the heartbroken expression of our time."" Over the next century, the painting had 13 owners; it was hung in private homes and world-famous museums, and traveled to Copenhagen, Frankfurt, Amsterdam and New York. Confiscated as ""degenerate art"" by the Nazis and smuggled out of Germany during WWII, it was on loan off and on for 50 years to New York's Metropolitan Museum of Art, before fetching $82.5 million at auction. Since the death of its last owner, a Japanese paper magnate, its whereabouts are unknown, and the art world waits for the masterpiece to resurface. Meanwhile, though this book's detail about art dealers and collectors may be more than the casual reader wishes to know, the capsule biography of van Gogh, the criminality of Nazi art thieves and the fevered May 15, 1990, art auction at Christie's provide gripping real-life drama. In all, Saltzman (a former reporter for Forbes and the Wall Street Journal) offers an illuminating case study of provenance. Eight pages of b&w illustrations not seen by PW. (Apr.)
close
Details