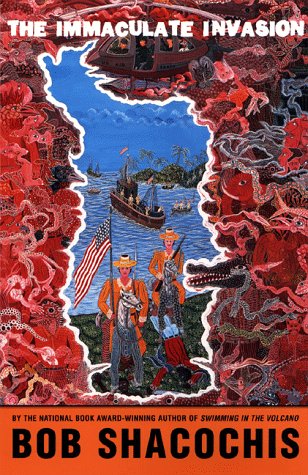 When an 11th-hour diplomatic initiative in September 1994 transformed a planned U.S. military invasion of Haiti into a peacekeeping mission to restore Haitian president Jean-Bertrand Aristide to power, Shacochis, an NBA-winning fiction writer, was waiting on the sidelines. Shacochis had first visited Haiti in 1986 in the heyday of the uprising that sent dictator Baby Doc Duvalier into exile, a trip that left him fascinated with the helter-skelter history of the region. Taking an assignment from Harper's, Shacochis returned to Haiti in the wake of the U.S. occupation, traversing the country with a circle of war-hardened reporters before finally pitching his tent with a detachment of special forces commandos in Limbe, a sprawling, isolated mountain district termed ""the unfriendliest town in Haiti."" There, Shacochis observes at eye-level the vagaries of ""Operations Other than War,"" the sort of open-ended relief work that has defined American military intervention abroad since Vietnam, in which, in his words, ""soldiers weren't obsolete, only victory."" A country engulfed in an unending nightmare of government atrocities, revolt and grinding poverty, Haiti proves especially resistant to the best intentions of the soldiers Shacochis meets and befriends. Interweaving dispatches from the streets of Haiti and interviews with commanding officers, Shacochis assails those in the military who failed to grasp the moral complexities of Haitian politics, singling out for particular scorn Colonel Mark Boyatt, whom he terms ""the Elvis of Operation Uphold Democracy,"" and who allegedly characterized the FRAPH, a Haitian terrorist organization, as ""the loyal opposition."" Favoring a gonzo, visceral style clotted with regional patois and military jargon, over the graceful lucidity of a correspondent like Philip Gourevitch, Shacochis presents a narrative that at times resembles a hair-raising, humvee ride through the jungle. But what emerges, ultimately, is a potent chronicle of both a Caribbean nation and a U.S. military machine in profound transition. (Feb.)
close
Details