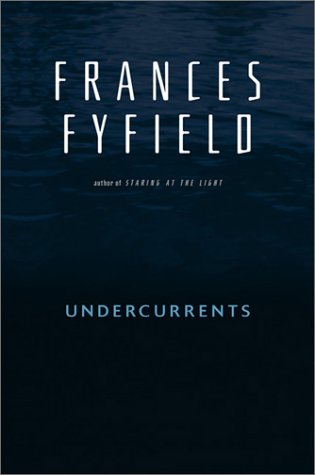 Building suspense bit by exquisite bit, Fyfield () turns out another masterwork, this one about a man's search for a lost lover. American pharmacist Henry Evans has been obsessed for 20 years by the memory of Francesca Chisholm, a young beauty he met while backpacking during his youth in India. He finally travels to the English coastal town of Warbling, a strange little place where Chisholm had told him she was going to live. It's cold and very wet and Warbling's populace is decidedly unwelcoming, with the exception of two homosexual men who rent Evans a room in their peculiar lodging house. When he begins asking around about the whereabouts of Chisholm, Evans can't get a straight answer. A lawyer finally tells him to regard her as dead. A year earlier, it turns out, Chisholm was sentenced to life in prison. Her crime: murdering her five-year-old son, who suffered from a form of cerebral palsy, by drowning him in the ocean. Despite her unequivocal confession, Evans can't believe his former lover would do such a thing. He looks into the matter, but is stymied at every turn by Chisholm's friends and family. Ultimately, Evans discovers that the truth is far more tragic than the lie. Dark humor occasionally flashes through the narrative, but Fyfield's latest is primarily a grim, tense story about regret, loneliness and leaving well enough alone. In Warbling, she's created a memorable setting. It's a harsh, foreboding town, populated by people—disappointed, judgmental, distrustful—who deserve such a place.