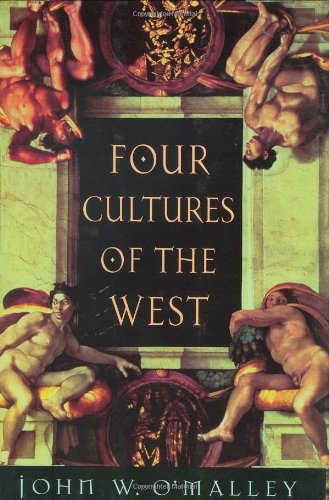 FOUR CULTURES OF THE WEST

O'Malley ( ), a scholar of church history at Weston Jesuit School of Theology, offers a warm and conversational invitation to reflect on four cultural configurations that feed into contemporary consciousness. First comes the style of thought that the author terms "prophetic culture" and which might also be conceived of as a culture of inspired revolution, encompassing Gregory VII, Martin Luther and his spiritual heir Martin Luther King Jr. Second is the paradigm of restless, insistent, academic analysis—the perennial mode of questioning that was first institutionalized in the medieval universities and the one to which Father O'Malley professionally adheres. The third culture, to which his friends suspect that he really belongs, is the humanistic world of letters, with its fondness for multivalent ambiguity and well-rounded manners, a style that became pervasive in the classical world and re-emerged in the Renaissance. Finally comes the silent but ebullient culture of image and ritual, art and performance. What, O'Malley asks throughout, echoing the words of the late Roman polemicist Tertullian, has Athens to do with Jerusalem? What does human culture have to do with the culture of spiritual transcendence? His book, primarily concerned with the manifestations of these various cultures in the history of Christianity, spurs the reader on to meditate on the different streams that jostle, but sometimes converge, in an "ocean" we all navigate.