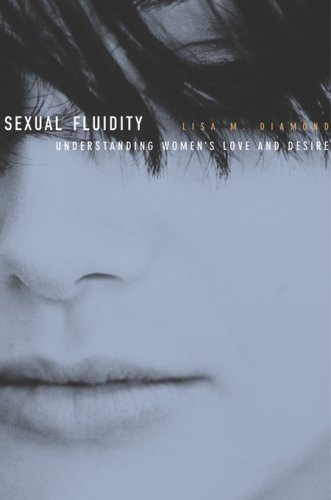 Many women experience a fluid sexual desire that is responsive to a person rather then a specific gender, argues Diamond n this fascinating and certain to be controversial study. Diamond, associate professor of psychology and gender studies at the University of Utah, is best when detailing, with vivid examples, how scientific studies of sexual desire and behavior have focused on the experience of men, for whom the heterosexual/homosexual divide seems mostly fixed. Diamond says traditional labels for sexual desire are inadequate; for some women even “bisexual” does not truly express the protean nature of their sexuality. Diamond details in accessible and nuanced language her own study of 100 young women (by her own admission not “fully representative”) over a period of 10 years. She says that she is “calling for an expanded understanding of same-sex sexuality” that could radically affect both LGBT activists who hold that sexual identity is fixed and antigay groups who believe sexuality is chosen. Sexual fluidity involves a mix of internal and external factors, but is not, Diamond emphasizes, a matter of conscious choice, and she speculates that a younger generation that views sexuality as personal rather than political might embrace this less rigid view.