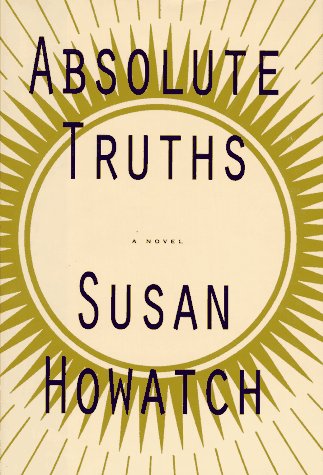 The sixth and final volume in a series that began with Glittering Images, this novel again displays Howatch's ability to meld an involving, character-driven story with a larger theme, that of spiritual quest and fulfillment. This time, however, the centrality-and discussion-of ecclesiastical issues tends to slow the narrative. The book is set during the mid-1960s, the period during which the Church of England-not to mention the rest of the country and beyond-was rocked by widespread challenges to tradition. Again representing tradition is narrator Charles Ashworth, the Anglican Bishop of Starbridge, who promotes the so-called Middle Way, a half-and-half mixture of Catholicism and Protestantism. Ashworth's archenemy-and doppelganger-is Neville Aysgarth, the Dean of the Cathedral who is, according to Ashworth, unorthodoxly open to using the trappings of a capitalistic marketplace to benefit the financially deteriorating church building. To make matters worse, Aysgarth is an alleged dipsomaniac and womanizer, who once made a pass at Ashworth's beloved wife, Lyle. When Lyle dies suddenly, the bereaved widower strays dangerously from the fold, but he does not experience a redemption-through-repentance journey as dramatic as those of Arthur Dimmesdale or Raskolnikov. Which isn't to say that Ashworth doesn't suffer, but his enlightenment is far less dramatic and therefore less convincing than those literary prototypes, and it's unsettling that at the end he still thinks skeletons in the cupboard can be exorcised through intellectual speculation. Lucidly written for those who have not read the other volumes, Absolute Truths should prove to be a satisfying finishing stroke for those who have. BOMC alternate; author tour. (Jan.)
close
Details