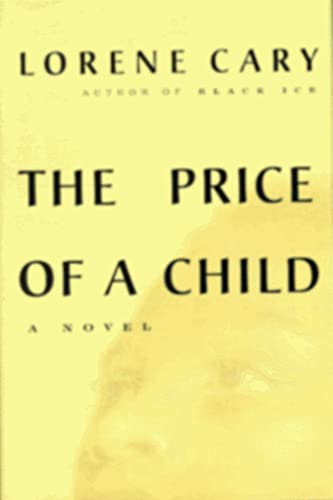 The Price of a Child

Cary transfers the clear narrative voice that marked her memoir, Black Ice, to her fiction debut. In 1855, Jackson Pryor, a powerful Virginia planter, departs for a foreign diplomatic post with his favorite slave, 32-year-old Ginnie; to discourage escape, he permits only two of her three children to accompany her. Nevertheless, when they are delayed in Philadelphia, Ginnie seizes the chance to be rescued by an antislavery group, whose members, much to Pryor's embarrassment, intercept the three slaves in broad daylight on a public ferry pier. Hiding outside the city with the free Quick family, Ginnie soon changes her name to Mercer Gray and falls problematically in love with Tyree Quick, who's unhappily married and forced to care for his enfeebled father. She also must confront the ironies of freedom, such as the fact that the underground railroad is financed in part by black slum lords whose treatment of employees and tenants has its own peculiar mixture of paternalism and cruelty. Mercer and her children flourish, however, despite their constant fear of capture; and, after Pryor forces a highly publicized trial of her liberators, Mercer becomes a popular speaker on the abolitionist circuit. But she can't put her abandoned child out of her mind, and she and Tyree struggle to resolve their impossible relationship. Mercer is a complex antebellum woman whose internal conflicts, even amidst Cary's abundant period detail, are strikingly modern. Helped by a compelling cast of fully drawn characters, Cary has written a first novel of impressive depth and texture in a literate and provocative voice. (June)
close
Details