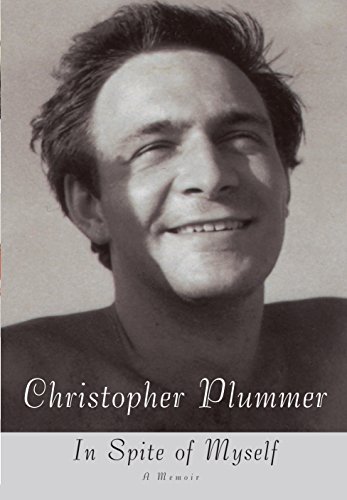 In Spite of Myself: A Memoir

Fans of Plummer's acclaimed Shakespearean performances or his stately film roles, from Captain von Trapp in to the Klingon General Chang in , may not recognize him in this breezy, bawdy memoir. Plummer drinks and parties his way through a six-decade career; beds starlets, prompters and wardrobe girls; and endures countless mid-performance indignities and pratfalls. (Lesson repeatedly learned: actors and stagehands should not get drunk right before the show.) Plummer is ebullient, a bit hammy (“I cried myself to sleep for weeks,” he sobs, after his dog Toadie dies), full of canny insights into the actor's craft and prone to occasional stabs of self-reproach over his own failed marriages, aloof parenting and unjustified tantrums. Throughout, he's an enchanting observer of the showbiz cavalcade, drawing vivid thumbnails of everyone from Laurence Olivier to Lenny Bruce and tossing off witty anecdotes (“George C. Scott turned up at our doorstep one morning at 4:30 a.m. looking most sinister and as usual dripping blood from head to toe”) like the most effortless ad libs. The result is a sparkling star turn from a born raconteur for whom all the world is indeed a stage. Photos.