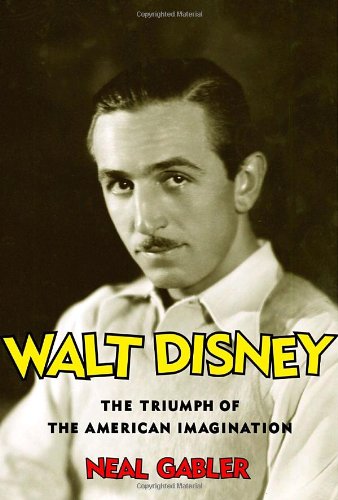 Walt Disney: The Triumph of the American Imagination

Few men could be said to have as pervasive an influence on American culture as Walt Disney, and Gabler ( ) scours the historical record for as thorough an explanation of that influence as any biographer could muster. Every period of Disney's life is depicted in exacting detail, from the suffering endured on a childhood paper route to the making of . The core of Gabler's story, though, is clearly in the early years of Disney's studio, from the creation of Mickey Mouse to the hands-on management of early hits like and . "Even though Walt could neither animate, nor write, nor direct," Gabler notes, "he was the undisputed power at the studio." Yet there was significant disgruntlement within the ranks of Disney's employees, and Gabler traces the day-to-day resentments that eventually led to a bitter strike against the studio in 1941. That dispute helped harden Disney's anticommunism, which led to rumors of anti-Semitism, which are effectively debunked here. At times, Gabler lays on a bit thick the psychological interpretation of Disney as control freak, but his portrait is so engrossing that it's hard to picture the entertainment mogul playing with his toy trains and not imagine him building Disneyland in his head. 32 pages of photos.