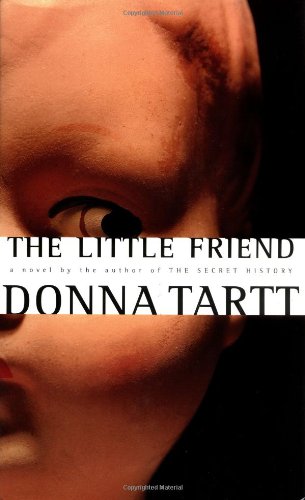 Widely anticipated over the decade since her debut in , Tartt's second novel confirms her talent as a superb storyteller, sophisticated observer of human nature and keen appraiser of ethics and morality. If the theme of was intellectual arrogance, here it is dangerous innocence. The death of nine-year-old Robin Cleve Dufresnes, found hanging from a tree in his own backyard in Alexandria, Miss., has never been solved. The crime destroyed his family: it turned his mother into a lethargic recluse; his father left town; and the surviving siblings, Allison and Harriet, are now, 12 years later—it is the early '70s—largely being raised by their black maid and a matriarchy of female relatives headed by their domineering grandmother and her three sisters. Although every character is sharply etched, 12-year-old Harriet—smart, stubborn, willful—is as vivid as a torchlight. Like many preadolescents, she's fascinated by secrets. She vows to solve the mystery of her brother's death and unmask the killer, whom she decides, without a shred of evidence, is Danny Ratliff, a member of a degenerate, redneck family of hardened criminals. (The Ratliff brothers are good to their grandmother, however; their solicitude at times lends the novel the antic atmosphere of a Booth cartoon.) Harriet's pursuit of Danny, at first comic, gathers fateful impetus as she and her best friend, Hely, stalk the Ratliffs, and eventually, as the plot attains the suspense level of a thriller, leads her into mortal danger. Harriet learns about betrayal, guilt and loss, and crosses the threshold into an irrevocable knowledge of true evil.

If Tartt wandered into melodrama in , this time she's achieved perfect control over her material, melding suspense, character study and social background. Her knowledge of Southern ethos—the importance of family, of heritage, of race and class—is central to the plot, as is her take on Southerners' ability to construct a repertoire, veering toward mythology, of tales of the past. The double standard of justice in a racially segregated community is subtly reinforced, and while Tartt's portrait of the maid, Ida Rhew, evokes a stereotype, Tartt adds the dimension of bitter pride to Ida's character. In her first novel, Tartt unveiled a formidable intelligence. flowers with emotional insight, a gift for comedy and a sure sense of pacing. Wisely, this novel eschews a feel-good resolution. What it does provide is an immensely satisfying reading experience.