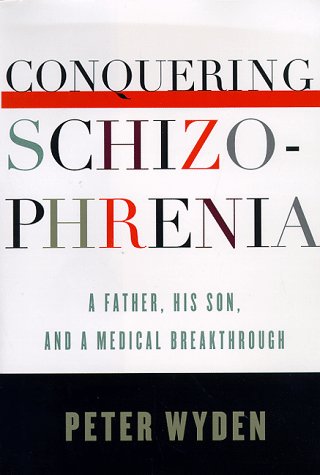 Conquering Schizophrenia: A Father, His Son, and a Medical Breakthrough

Wyden has written one of the better memoirs of schizophrenia, largely because he makes it clear that, despite the confidence of the mental health profession, nobody ""knows precisely what schizophrenia is or how to diagnose it."" Diagnosed with acute schizophrenia in 1972, Wyden's son, Jeff, now in his mid-40s, underwent a gauntlet of treatments. Wyden (Suburbia's Coddled Kids) provides a clear-eyed account of these regimens of behavior modification, electroshock, mega-vitamins, primal-scream therapy, family therapy, psychoanalysis at the Menninger Clinic in Topeka, Kans., and a parade of antipsychotic drugs. Today, his father attributes Jeff's dramatic improvement to the experimental drug Olanapine, approved by the FDA last October. Parents, relatives and friends of schizophrenics will find Wyden empathic company as he juggles the roles of caring parent and investigative journalist, weaving in pertinent case histories, current research, battles between drug companies to develop antischizophrenic medications and a history of the treatment of the disease. He's particularly illuminating when describing the conflict between those who offered a physiological explanation of schizophrenia and those who, long after the evidence pointed irrefutably to the brain's chemistry, still clung to a narrow psychological explanation. (Jan.)
close
Details