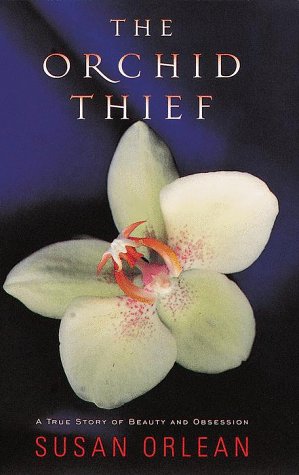 ""Folding virtue and criminality around profit are [John] Laroche's specialty,"" Orlean writes of the oddly likable felon who's the subject of her latest book. But what could be virtuous about poaching endangered orchids, which--not insignificantly--are worth a small fortune? If exotic flowers were cloned, everyone could afford them, Laroche would say. It's just such ""amoral morality"" that compels New Yorker staff writer Orlean (Saturday Night) to relocate to Naples, Fla., in order to dig into an orchid-collecting subculture as rarefied as its object of desire. Orlean spends two years attempting to place maverick Laroche in the rigid strata of orchid society, the heart of which is located in Florida. The milieu includes ""Palm Beach plant lovers"" and international stars such as Bob Fuchs, a commercial breeder whose family has been in the business for three generations. Laroche, on the other hand, is a self-taught horticulturist, yet one who has enough expertise to convince the nearby Seminole Indians to hire him as plant manager for their nursery. With the promise of big profits, he launches a plan to reproduce the ""ghost"" orchid, using samples stolen from the Fakahatchee Strand State Preserve, leading to his arrest. Though she fills in a brief history of the $10-billion trade, Orlean's account of her orchid-land explorations, which include wading through a swamp in hope of spotting a ghost orchid (she doesn't see one) is not so much an expose as a meandering survey of the peccadilloes of the local orchid breeders. Clearly Orlean is most intrigued by autodidact Laroche, not the world he temporarily inhabits, which unfortunately makes for a slim, if engaging, volume. Author tour. (Jan.)
close
Details