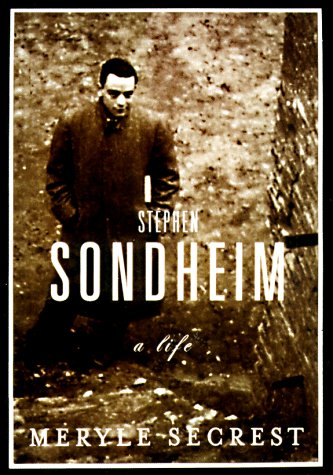 Secrest interviewed composer-lyricist Stephen Sondheim extensively for this full-scale biography, resulting in a portrait as subtle and sophisticated as its subject. Son of a wealthy New York City dress designer and manufacturer of German-Jewish extraction, Sondheim, an only child born in 1930, was emotionally neglected by his distant father, Herbert, and by his domineering mother, Janet (Foxy). Herbert left her when their son was 10 to live with his blonde, Catholic, Cuban lover, Alicia Bab , whom he married after they had two sons. Oscar Hammerstein II became mentor and surrogate father to Sondheim, who grew up isolated, keeping people at a distance. Sondheim discusses with Secrest his 25 years of psychoanalysis, his homosexuality, his early stumbling career as actor and TV scriptwriter, and his working relationships with such pivotal figures in his life as producer Hal Prince and playwright-director Arthur Laurents. Biographer of Leonard Bernstein and Frank Lloyd Wright, Secrest has written a wonderful biography of an uncompromising musical dramatist who uses irony, wit and disillusion to probe painful emotions. Decked out with memorable photographs, her moving and perceptive portrait, full of Broadway lore, provides an incomparable peek into the genesis of such musicals as West Side Story, Gypsy, A Little Night Music and Passion. (June)
close
Details