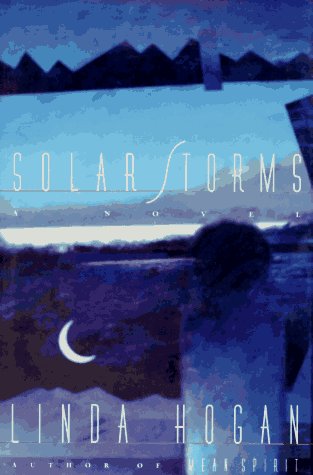 In her luminous, quietly compelling second novel, Hogan, a Chickasaw poet and writer (whose first novel, Mean Spirit, was a finalist for the Pulitzer), ties a young woman's coming-of-age to the fate of the natural world she comes to inhabit. Angela Jensen, a troubled 17-year-old, narrates the tale of her return to Adam's Rib, an island town in the boundary waters between Minnesota and Canada. Tucked into a pristine landscape of countless islands, wild animals and desperately harsh winters, it's her Native American family's homeland. As a child, Angela was abandoned by her mother, Hannah Wing, but not before Hannah had permanently scarred half of Angela's face; earlier, Hannah herself had been separated from her family and unspeakably abused. In Adam's Rib, Angela is reunited with her great-grandmother, Agnes Iron, and Agnes's mother, Dora-Rouge; she also spends a winter with Bush, a solitary woman who briefly raised her and, years earlier and also briefly, raised Hannah. Just as Angela discovers through her family's elemental way of life her own blood ties to the land, the threat of a huge hydroelectric dam project ruins her idyll. The four women--Angela, Agnes, Dora-Rouge and Bush--embark on a dangerous journey far northward to visit the homeland, where Hannah Wing is known to live. Hogan's finely tuned descriptions of the land and its spiritual significance draw a parallel between the ravages suffered by the environment and those suffered by Angela's mother. And, as the land is transformed, so are the lives of the characters, often in deeply resonant ways. (Oct.)
close
Details