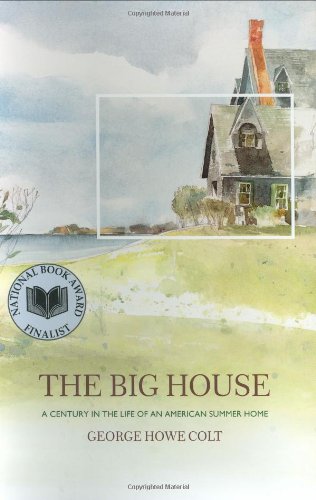 The epicenter of the Colt family is the Big House, built in 1903 on Wings Neck, a deserted strip of Cape Cod. It's not only an architectural gem but a device to chronicle family, local history and the culture of Boston Brahmins—and it accomplishes that task with charm, style and solid research. For 42 summers, Colt traveled from winter homes across the U.S. to partake in this magical place. It's where he learned to swim and play tennis, and where he kissed his first girl. Indeed, the Big House has seen five weddings, four divorces, parties, anniversaries and love affairs. The Colts, a once venerable tribe, had lost their money—"it is not wealth so much as wealth that defines Old Money families"—but were determined to keep their ancestral home. Time may have marched on, but the Big House refused to cooperate: "Everything in this house breathes of the past." Gilbert & Sullivan sheet music, rotary telephones and ancient globes grace its interiors. Yet all is not perfect in this palace by the sea. Colt, like playwright A.J. Gurney, is adept at exposing the dark underbelly of WASP restraint, recording the mental illness, alcoholism and despair that have plagued his family. His one comfort? The Big House. This love letter to the past is a quiet delight.