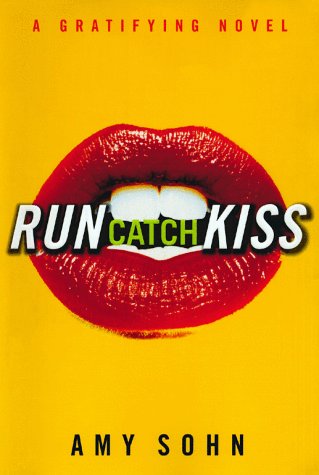 Life imitates art for a 22-year-old downtown Manhattan sex columnist in Sohn's raunchy, scathing and slippery debut. Ariel Steiner, an aspiring actress, sexpot and self-described failure, retreats to her parents' Brooklyn Heights home the summer after graduating from Brown. Scrambling in vain for a glamorous career and boyfriend, she settles for a temp secretary job to a woman she calls ""Corposhit,"" using lunch hour to audition for ""fat-girl"" parts (she never lost her ""freshman fifteen"" pounds). The heroine has chutzpah, though, a quality that wins her the title role in a tacky musical, Lolita: Rock On, and humiliating dates with unsavory men. Fed up with the ""overall suck quotient"" of her summer, she submits a blow-by-blow account of her sexual frustrations to a downtown weekly paper and is instantly offered a column, entitled ""Run Catch Kiss""--a kind of ""perils of Pauline from a slacker slut perspective."" The newspaper is modeled on the actual New York Press, for which Sohn writes a similar column, and this novel retreads much of that material. Ariel enjoys a kind of creepy, thrilling notoriety, replete with fan and hate mail, until she begins embellishing her stories to compensate for her real-life love doldrums and runs into trouble with the newspaper's management. Sohn's writing, with its graphic sex, can be smug or comical, but she's best when imperious snugglebunny Ariel lets her guard down and confronts her humiliations with honesty and pluck. The portrait of Ariel's parents is sympathetic, even witty, in contrast to her mostly narcissistic goofball boyfriends. Sohn's take on the Gen-X dating scene mirrors her skewering of showbiz and journalism, and while readers may not believe that deep down Ariel is just a nice Jewish girl looking for love and success, many will agree that she's brash, smart, fearless and funny. (July)
close
Details