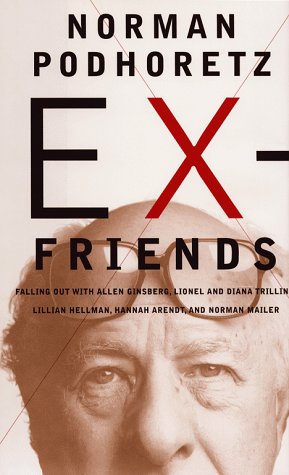 The subtitle is an impressive list, and in the process of recalling his quarrels, most of which naturally revolved around matters political and literary, Podhoretz sheds a great deal of light on relationships within ""the Family""--that is, the mostly Jewish New York intellectual establishment of the 1950s and '60s. Podhoretz, even before he became editor of Commentary in 1958, was very much a part of the group and at first shared many of its radical ideas. As he became a family man (lower case), the Cold War heated up and the '60s youth rebellion turned many of his newly acquired values on their head. He moved rapidly to the right, to the point where he is now mockingly referred to by many on the left as ""the Frother."" Still, pace his many critics, he remains a lively writer, and these accounts of relationships gone awry are a fine blend of polemics and sharp character sketches. If it is difficult to imagine today's Podhoretz wandering the midnight streets in a haze of alcoholic good fellowship with Jack Kerouac or helping Mailer hide from the police after he had stabbed his wife, he assures us that these events took place. Podhoretz's position throughout is that, although he always began in admiration of his friends' imagination and vitality, their moral, political or aesthetic excesses eventually forced a rift. In Podhoretz's view, he had ""finally come to my senses after a decade of experimenting with radical ideas that were proving dangerous to me and destructive to America."" Although he concludes that ""I much prefer who I am to what I was,"" Podhoretz concedes, elegiacally, that he misses the sense of shared community and excitement he once knew with so many notable ex-friends. (Feb.)
close
Details