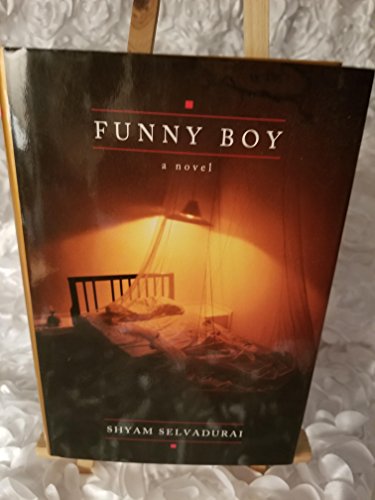 Set in Sri Lanka, this poignant coming-of-age novel charts a boy's loss of innocence as he grapples with family conflict, political realities and his homosexuality. At seven, narrator Arjun Chelvaratnam hates sports and enjoys wearing his aunt's jewelry and playing the role of bride in imaginary weddings; yet his playmates' taunts of ``girlie-boy'' and ``faggot'' don't seem all that different from the monickers that attach to other children (e.g., ``fatty-boom-boom'' and ``Diggy-Nose''). But when Arjun enters his teens, his worried father, a wealthy hotelier, sends him to a strict private academy, hoping it will force his son ``to become a man.'' Instead, Arjun, rebelling against a sadistic principal, strikes up an intense friendship with a fellow renegade pupil, Shehan, who is rumored to be gay. After their first sexual encounter. Arjun's immediate feelings are anger and guilt, but he gradually comes to accept his sexuality and his love for Shehan. The story is shot through with the tensions and bloody violence between Sri Lanka's Buddhist Sinhalese majority and its Hindu Tamil minority. In loving Shehan, a Sinhalese, Arjun, who is Tamil, breaks two taboos. Retribution follows, and in 1983 Arjun and his family migrate to Canada as penniless refugees. With deft humor and a keen eye, Selvadurai, who was born in Sri Lanka and now lives in Toronto, captures his protagonist's difficult passage into his own identity-of which his homosexuality is just one component. And it is with deep, wistful feeling that he ties that story to larger themes of family and country. Author tour. (Mar.)
close
Details