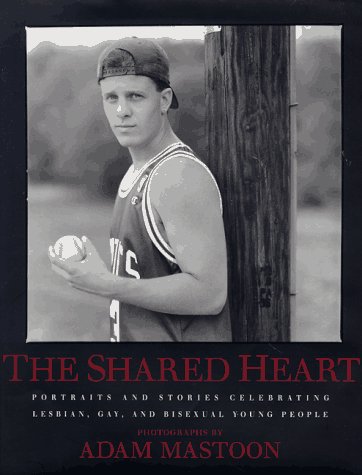 Mastoon, a photographer whose work has appeared in Esquire and Forbes, debuts with a stunning compendium, styled as a highbrow yearbook, of 40 portraits accompanied by personal essays by young men and women who are gay, lesbian or bisexual. The essays, by young adults ranging in age from 16 to 23, run the gamut: from Lamont, whose gay older brother paved the way for him to come out; to Katie, who struggles to have a separate identity from her lesbian mother (""I wanted to experience the gay culture alone. Yet at the same time I needed her support""); to Jennifer, who is out to her friends but not to her family (""in my family's home such things are not spoken about""). The photographs are as diverse as the voices: Jason, president of his rural Vermont high school class and an openly gay-bisexual male, sits in full commencement garb and a red ribbon; Atieno, an African American lesbian, Rollerblades on a cityscape. Beautifully designed to allow each person's character to shine through, the volume devotes a double-page spread to each: the essays appear on the left, opposite a portrait and a handwritten caption from each subject. The majority of profiles reveal how many, as sexually awakening teenagers, were never exposed to images or literature about people who experienced the same feelings. Those who struggled to come out expressed their relief when they finally did (""It was like breathing for the first time,"" writes Adam, 19). The composite result is a full picture of 40 individual experiences that will allow readers to either identify with the feelings expressed or to break open broad-stroke labels to see the human beings behind them. This is an important book: by sharing their experiences of an awakening sexuality honestly, the young adults depicted in it provide a connection and sense of community to others who may still feel alone. Ages 12-up. (Oct.)
close
Details