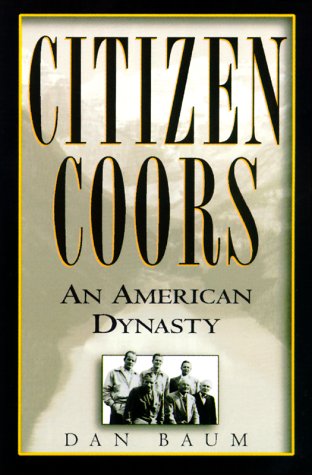 Even the most committed liberals may feel a twinge of sympathy for this famously conservative family, whose patriarch, a German immigrant named Adolph Coors, founded a regional brewery in Golden, Colo., in 1874. It was the senior Coors's belief (and that of his son and grandsons) that the high quality of his beer was its best advertisement; indeed, Coors survived both Prohibition and the Depression to become the dominant beer in the western U.S. But as competitors, led by Anheuser-Busch, began spending millions of dollars on marketing, Coors made only token attempts at promotion; its market share steadily eroded, even as the company tried to expand from a regional to a national brand. With problems mounting, Peter Coors turned the reins of his grandfather's company over to Leo Kiely, a former president of Frito-Lay, in 1993. But the Coors story is about much more than beer: at its core is an innovative, hardworking yet dysfunctional family whose legacy has included two suicides (including Adolph himself), a kidnapping and murder, and several estranged children. The family's most ardent conservative was Joe Coors, whose money not only helped launch the Heritage Foundation, a conservative think tank, but also helped propel Reagan into the White House and allowed Coors to have a hand in the appointment of James Watt as secretary of the interior. Baum, a former reporter for the Wall Street Journal, has melded the many facets of the Coors story into an engrossing tale of one of America's most secretive and, for a time, most influential families. Photos not seen by PW. Agent, Kris Dahl, ICM. 7-city author tour. (Apr.)
close
Details