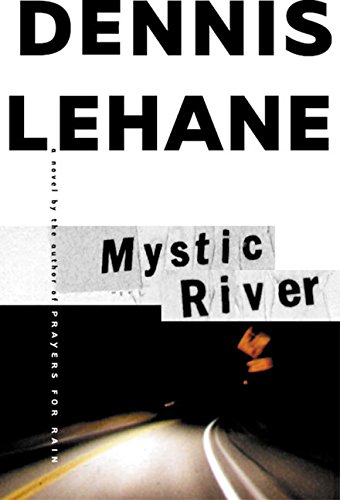 Lehane ventures beyond his acclaimed private eye series with this emotionally wrenching crime drama about the effects of a savage killing on a tightly knit, blue-collar Boston neighborhood. Written with a sensitivity toward character that exceeds his previous efforts, the story tracks the friendship of three boys from a defining moment in their childhood, when 11-year-old Dave Boyle was abducted off the streets of East Buckingham and sexually molested by two men before managing to escape. Boyle, Jimmy Marcus and Sean Devine grow apart as the years pass, but a quarter century later they are thrust back together when Marcus's 19-year-old daughter, Katie, is murdered in a local park. Marcus, a reformed master thief turned family man, goes through a period of intense grief, followed by a thirst for revenge. Devine, now a homicide cop assigned to the murder, tries to control his old friend while working to make sense of the baffling case, which involves turning over the past as much as it does sifting through new evidence. In time, Devine begins to suspect Boyle, a man of many ghoulish secrets who has led a double life ever since the molestation. Lehane's story slams the reader with uncomfortable images, a beautifully rendered setting and an unnerving finale. With his sixth novel, the author has replaced the graphic descriptions of crime and violence found in his Patrick Kenzie-Angela Gennaro series (Prayers for Rain; Gone, Baby, Gone) with a more pensive, inward view of life's dark corners. It's a change that garners his themes--regret over life choices, the psychological imprints of childhood, personal and professional compromise--a richer context and his characters a deeper exploration. Agent, Ann Rittenberg. (Feb. 6) Forecast: Given the excitement in-house at Morrow that this is Lehane's breakthrough book, and the promotion they're placing behind it, it stands an excellent chance of leaping straight onto the bestseller lists. A one-day laydown, $250,000 ad-promo and an 11-city author tour, plus a blurb from Michael Connelly designating Lehane as ""the heir apparent,"" should provide the groundwork for explosive sales. Rights have been sold in the U.K., France and Germany, and there will be a large-print edition as well as an audio from Harper Audio.
close
Details