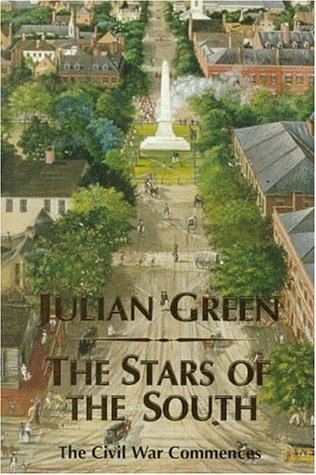 The Stars of the South

In its historical sweep and unabashedly sentimental portrait of a doomed, vainglorious widow whose world unravels with the onset of the Civil War, this sprawling second installment in Green's Dixie Trilogy (after The Distant Lands) inevitably calls to mind Gone with the Wind. Green's is a much more claustrophobic and mannered saga than Margaret Mitchell's, but its languorous depiction of a dying Southern aristocracy does give rise to moments of high drama. Set mainly in Savannah between 1856 and 1861, it takes up the story of proud, contrary and mentally unbalanced Elizabeth Jones, transplanted as a teenager from England to the South, whose husband, Ned, and lover, Jonathan, killed one another in a duel in The Distant Lands. As the story opens, Elizabeth, visited by suitors in her isolated Savannah manse, lavishes her overweening attention on her small son, Charles-Edward, before jumping into a hasty marriage with her younger cousin, feckless Confederate cavalry officer Billy Hargrove. As neurotically fixated as any Tennessee Williams heroine, Elizabeth turns to laudanum as her marriage stagnates and imposes her fantasies on Charles-Edward, whom she alternately calls Jonathan and Ned. When Hargrove travels to his family's plantation in Haiti, his cowardice surfaces during a populist uprising; but he later distinguishes himself in the first bloody battles of the Civil War, which are rendered with compelling realism. Although the language is sometimes stilted, Green's portrayal of the antebellum South dining and dancing on the edge of the abyss is set against a vivid backdrop that includes the hanging of John Brown, Lincoln's election and the battle of Manassas. The novel succeeds as a time capsule of hothouse intrigue and political turmoil, combining historical fidelity and storytelling flair. (Sept.)
close
Details