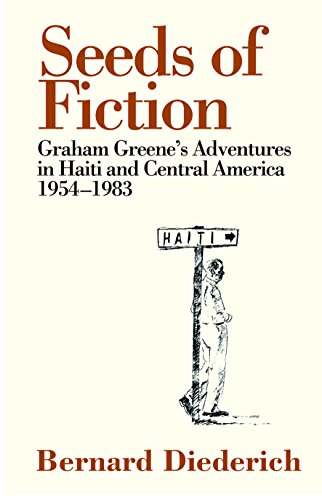 In this engaging account of a longstanding literary friendship, former Time correspondent Diederich (The Murderers Among Us) delivers a finely crafted reflection on his years traveling with famed novelist Graham Greene. Split into two sections (Haiti and Central America), the book dissects the origins and effects of Greene’s relationship with two of the region’s most fascinating dictators: François “Papa Doc” Duvalier and Omar Torrijos of Panama. In part one, Diederich, exiled from his beloved Haiti, recounts the trip he and Greene took in the Dominican Republic to the border, as close as they could get to Duvalier’s country. Graham’s exuberance is captured thrillingly, from his desire to get under Papa Doc’s skin (“perhaps we’ll provoke him a little”) to his joy at writing his own obituary following a brush with death. These experiences directly inspired the novel The Comedians, which led to Greene becoming “Haiti’s Public Enemy Number One.” In the second half, Diederich recalls Greene’s visits to Central America, primarily Panama, whose dictator, Torrijos, inspired Greene’s nonfictional account, Getting to Know the General. Graham’s role in negotiating ransoms for rebel hostages and his time serving in Torrijos’s Panamanian delegation to Washington, D.C., reveal how his influence with the pen rivaled the might of the strongmen he rubbed shoulders with, disclosing the nascent promise of the region as well as the cruelty forced upon it. (Feb.)
close
Details