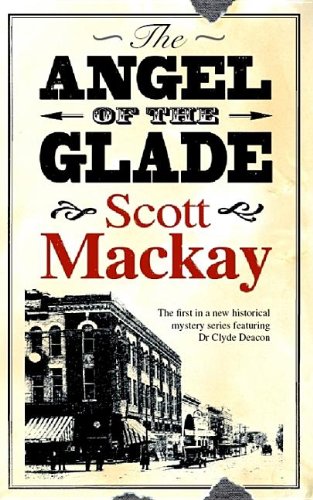 The Angel of the Glade:A Dr. Deacon Mystery

The first in a new historical series from Arthur Ellis Award–finalist Mackay ( ) offers an intriguing premise. In 1902, Clyde Deacon, formerly President McKinley's personal physician, moves to Fairfield, N.Y., to serve as “a humble country doctor” because he has yet to forgive himself for failing to save his patient's life after an anarchist shot the president the year before. Soon after Deacon's arrival, Charlotte Scott, a high school senior who played the lead in a performance of Booth Tarkington's play , is found drowned in a river. When Deacon uncovers evidence the girl was poisoned, he resists attempts to pin the murder on a Chinese tramp found in possession of Scott's locket. Given the expertise Deacon displays in arriving at his murder-by-poisoning conclusion, some may be disappointed that he solves the crime based on an eyewitness account of how the fatal dose was administered to Scott, a stereotypical “good” girl with a secret life.