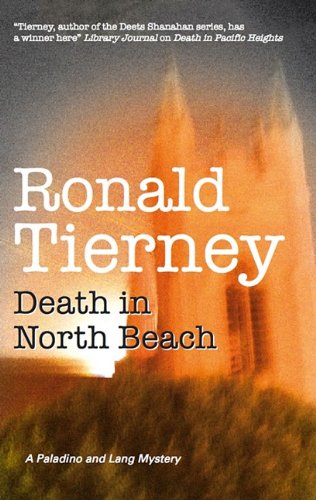 San Francisco PIs Carly Paladino and Noah Lang, who teamed in Tierney's (2009), try to solve the murder of aging novelist Whitney Warfield, ironically slain by a fountain pen, in this lackluster follow-up. Gigolo William Blake, who was seen arguing with Warfield the night the writer was killed, hires Paladino and Lang to clear his name. Blake provides a list of 12 people who might have feared the revelations Warfield planned to make in a tell-all book, including, besides Warfield's son, wife, and mistress, a number of artistic types with ties to North Beach's beat past. Alibis and unnatural deaths narrow the suspect list. In the end, Paladino orchestrates a clumsy and contrived showdown of suspects and police in a restaurant back room to expose the guilty. Tierney makes good use of North Beach's rich history, but it's not enough to redeem this pedestrian effort.