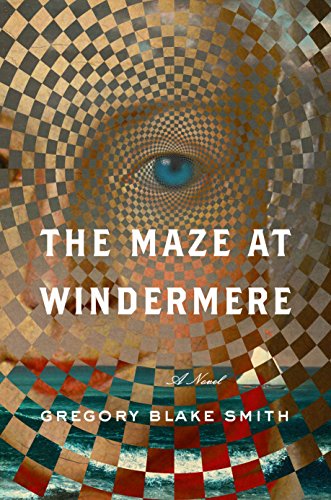 The Maze at Windermere

In his emotionally expansive new novel, Smith (The Divine Comedy of John Venner) spins out five narratives set in Newport, R.I., from its beginnings as a British colony to its later incarnation as the playground of the very rich. In 2011, tennis pro Sandy Alison falls in love with Alice du Pont, the crippled heiress of the Windermere estate, despite the machinations of Alice’s jealous sister-in-law and scheming best friend. In 1896, Franklin Drexel, a closeted gay man known as a lapdog of society ladies, tries to court the well-off Ellen Newcombe over the objections of her father. In 1863, a callow Henry James—yes, that Henry James—having decided to forsake his law studies to become a writer, comes under the spell of a young woman, Alice Taylor, forcing him to choose between art and life. In 1778, Major Ballard, a British officer charged with the defense of Newport during the Revolutionary War, becomes obsessed with a young Portuguese Jewish woman, Judith Da Silva, leading him to commit a shocking breach of military decorum. And in 1692, Prudence Selwyn, a Quaker woman whose father was lost at sea, strives mightily to make good matches for herself and her slave, Ashes. Taken individually, each story is dramatic and captivating, but as the author makes ever-increasing connections among the stories and shuffles them all into one unbroken narrative, the novel becomes a moving meditation on love, race, class, and self-fulfillment in America across the centuries. (Jan.)
close
Details