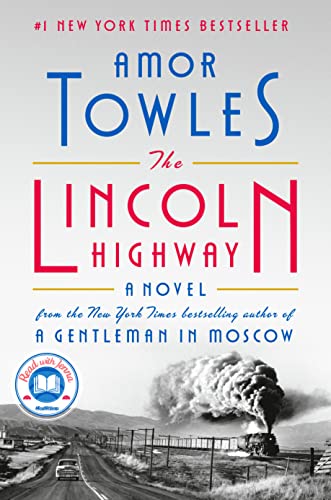 Towles’s magnificent comic road novel (after A Gentleman in Moscow) follows the rowdy escapades of four boys in the 1950s and doubles as an old-fashioned narrative about farms, families, and accidental friendships. In June 1954, 18-year-old Emmett Watson returns to his childhood farm in Morgen, Neb., from a juvenile detention camp. Emmett has been released early from his sentencing for fighting because his father has died and his homestead has been foreclosed. His precocious eight-year-old brother, Billy, greets him, anxious to light out for San Francisco in hopes of finding their mother, who abandoned them. Plans immediately go awry when two escaped inmates from Emmett’s camp, Duchess and Woolly, appear in the Watsons’ barn. Woolly says his grandfather has stashed $150,000 in the family’s Adirondack Mountains cabin, which he offers to split evenly between the three older boys. But Duchess and Woolly take off with Emmett’s Studebaker, leaving the brothers in pursuit as boxcar boys. On the long and winding railway journey, the brothers encounter characters like the scabrous Pastor John and an endearing WWII vet named Ulysses, and Billy’s constant companion, a book titled Professor Abacus Abernathe’s Compendium of Heroes, Adventures, and Other Intrepid Travelers, provides parallel story lines of epic events and heroic adventures. Woolly has a mind for stories, too, comparing his monotonous time in detention to that of Edmond Dantès in The Count of Monte Cristo and hoping eventually to experience a “one-of-a-kind kind of day.” Towles is a supreme storyteller, and this one-of-a-kind kind of novel isn’t to be missed. (Oct.)

Correction: An earlier version of this review misstated the name of the Ulysses character.