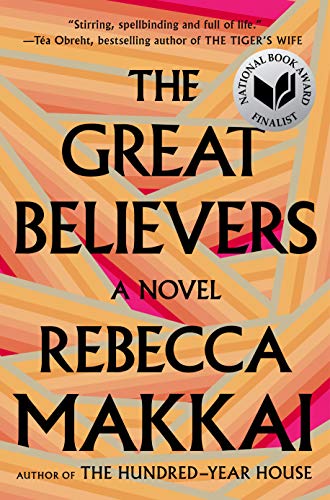 Spanning 30 years and two continents, the latest from Makkai (Music for Wartime) is a striking, emotional journey through the 1980s AIDS crisis and its residual effects on the contemporary lives of survivors. In 1985 Chicago, 30-something Yale Tishman, a development director at a fledgling Northwestern University art gallery, works tirelessly to acquire a set of 1920s paintings that would put his workplace on the map. He watches his close-knit circle of friends die from AIDS, and once he learns that his longtime partner, Charlie, has tested positive after having an affair, Yale goes into a tailspin, worried he may also test positive for the virus. Meanwhile, in 2015, Fiona Marcus, the sister of one of Yale’s closest friends and mother hen of the 1980s group, travels to Paris in an attempt to reconnect with her adult daughter, Claire, who vanished into a cult years earlier. Staying with famed photographer Richard Campo, another member of the old Chicago gang, while searching, Fiona revisits her past and is forced to face memories long compartmentalized. As the two narratives intertwine, Makkai creates a powerful, unforgettable meditation, not on death, but rather on the power and gift of life. This novel will undoubtedly touch the hearts and minds of readers. (June)
close
Details