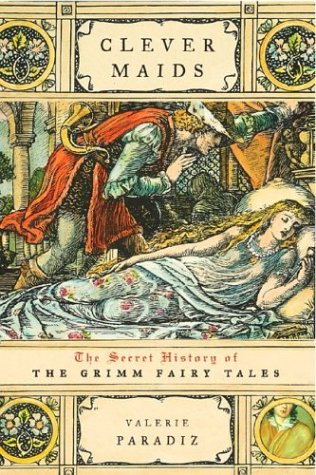 CLEVER MAIDS: The Secret History of the Grimm Fairy Tales

Contrary to popular myth, the Brothers Grimm collected their stories not from peasants but from educated young women in their locale of Kassel, Westphalia. Paradiz ( ) has researched the lives of these feminine "fairytale think tanks" to whom the philologist brothers Grimm were so indebted. In doing so, she also details the family life of six Grimm children and their mother's struggles after the premature death of their lawyer father. Sketching in broad terms the Romantic German nationalist aims of the Grimm stories, Paradiz notes the irony that several of the tales were of French origin, having traveled to Germany through Huguenot immigration. She devotes a chapter to each woman contributor, among them the sullen lone Grimm sister, Lotte, burdened with the family's household chores; the much loved girl-next-door, Dortchen Wild, who contributed "Rumplestiltskin" and later married Wilhelm; the upper-class Hassenpflug sisters, who contributed a variety of tales, including "Puss in Boots" and "Little Red Riding Hood." Paradiz interestingly recounts how the Grimm brothers perceived some female contributors as threatening and unfeminine, while lauding others for their submissive, helpful personalities, and she mines the women's contributions for possible deviations from male stereotypes of the time. While her analysis is too tentative to amount to a coherent thesis, this accessible book brings unsung heroines of literature to light and will inform readers of women's history and literature.