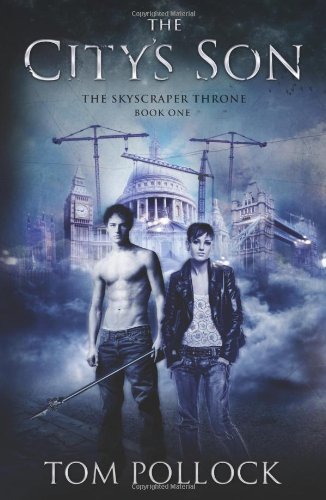 In debut author Pollock’s alternately glittering and gritty urban fantasy, first in the Skyscraper Throne trilogy, London is a secret battleground between the forces of the god Reach, “the Crane King,” who would devastate the city with soulless and sterile urban development, and Mater Viae, “Our Lady of the Streets,” goddess of London’s teeming vermin—not just rats and feral cats, but also creatures made from masonry, electricity, and garbage. With the goddess mysteriously absent, her son, Filius, “a skinny boy wearing only a pair of filthy ripped jeans,” must oppose Reach, aided by his faithful trash monster, Gutterglass, and Beth Bradley, a delinquent teenager with a genius for graffiti and the courage to stand up to an angry, sentient locomotive. While there can be an overabundance of detail regarding the inner workings of Pollock’s modern-day London, the overall effect is that of a city transformed by ephemeral, incandescent magic. Gorgeously written and brimming with bizarre urban creatures, this darkly imagined and sometimes painful tale should delight fans of Neil Gaiman, China Miéville, and Holly Black. Ages 12–up. Agent: Amy Boggs, Donald Maass Literary Agency. (Sept.)
close
Details