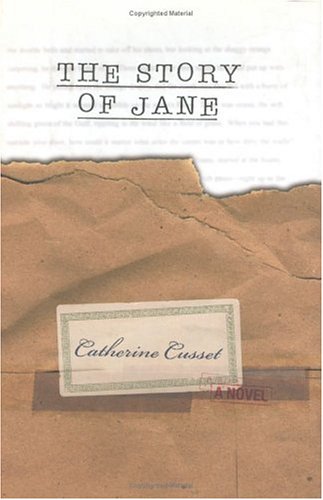 THE STORY OF JANE

Set in the tangled groves of academe, this novel is focused on the love life of Jane Cook, who, like the author, is a young professor of French at an Ivy League college. Cusset has written four novels in French; this is her first to be written in English, though it was published first in France. The story begins when Jane finds a package with no return address on her doorstep. Inside is an unsigned manuscript, which turns out to be a novel about Jane herself—her numerous love affairs and one-night stands, her failed marriage, even her friendships with a couple of female confidantes. As she compulsively reads, she becomes consumed by paranoia. Which of her lovers knows this much about her? Granted, she often confessed or told anecdotes about herself to others, sought comfort or advice, used someone as a sounding board for her frustration or rage. But no one person could know it all—unless one of her lovers was a mad man who'd been stalking her for years in order to torment her with her own secrets before threatening her life. Unfortunately, Jane's story lacks variety; she's always either "bursting into tears" over a man or falling into bed with him. The literary device of a story within a story helps to sustain suspense, but abrupt changes between "then" and "now" create confusion. In France, this novel was magazine's Book of the Year and a finalist for the prestigious Prix Medicis, but it may fall flatter on this side of the Atlantic.